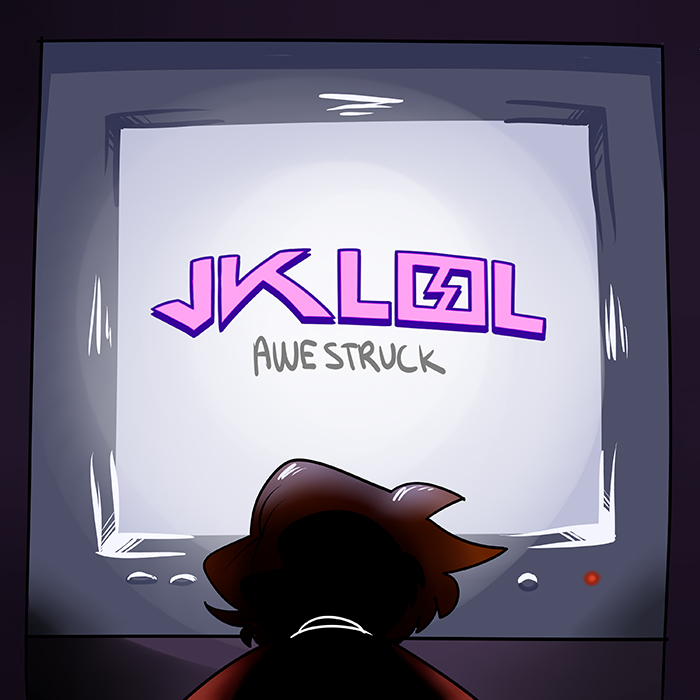 I’m going to be flat out honest here: When it comes to the chipscene I am actually a bit of a n00b. In fact, I have only been a chiptune artist for the past 8 months. I have been an Orchestral and Electronic musician for the film and game industry since I was 13, and only very recently began getting into chiptunes, and boy can I tell you: I am loving it! That’s not to say the genre is entirely new for me. I have been a passive fan of the genre for a while, so when I got in touch with JKLOL with regards to his latest release ‘Awestruck’ and he asked me if I would do a review, I was both excited and nervous at the same time. I was about to take the next step with my first chip-album review.

The next couple of weeks involved asking numerous questions, talking about his history, his music, his art, and a whole bunch of other cool things that I had no idea about! That’s when I came to realize that not only is he a super talented chiptune musician, but a pretty darn cool guy! But let’s stick with what we are here for: the music!

The first time I became familiar with JKLOL’s work was on Chiptunes = WIN Vol4 (like I said, late bloomer here). I can honestly say that his track ‘Fuck Glenn Dubois’ is one of my favorite tracks on the album. Which is saying a lot considering there are 51 tracks on that album! I am a sucker for a good melody, detailed and evolving motifs, creative instrumentation and an overall good feel… and this track ticked all those boxes for me.

Before getting into Awestruck, however, my first port of call was to brush up on some of JKLOL’s earlier works, which included (but not limited to) the 8-bit Crusades (all 3 volumes). Right from the beginning it is very easy to see where his influences lie, because any of his tracks would not be out of place in a popular JRPG title. However, as he has evolved as an artist, his style has slowly become its own entity. A splash of 80s power pop, a pinch of modern pop, a dash of Daft Punk, and the cherry on top: an awesome Vocoded vocal presence that not only adds to the overall experience (in the most magical of ways) but solidifies the backstory of his character throughout the series. Yes, in case you were wondering: JKLOL is our Galactic Savior. A Biomechanical being sent to earth to teach us the ways of humanity through chiptune. What is not to love about that!?

Influences and backstories aside, I think his music is good! Because throughout each of his albums you can hear his musical evolution develop, and you can almost pick each turn he has taken and why he took it. On top of this: he pours more and more heart and soul into his tracks as time goes by, and clearly listens to his contemporaries to ensure his music is not only keeping up, but remaining relevant. I guess it is only natural for someone with an apparent abundance of talent, AND a singer to boot to invoke such an emotional response in his listeners, like he has done with me. His tracks are uplifting when they want to be, melancholy when they have to be, and appear to tell the listener a story. I have no idea why people are not screaming his name from the rooftops already, but perhaps that day will come, with ‘Awestruck’…

What’s awesome about this album right from the beginning is the fact that it’s essentially two different stories. The first half of the album, which features all original tracks from JKLOL, pay homage to some of the artists who have inspired him to keep making music in the industry. DJ Cutman, Virt, Glenntai (whose names are encoded in the song titles themselves). You can tell JKLOL has poured a lot of heart and soul into these tracks. After all: they are his way of saying thank you to these artists. He told me his weapons of choice are a modified Famitracker (Ubertracker) and MicroKorg with the talkbox Vocoder, and he puts them to good use.

The first handful of chords at the beginning of Track 1 (‘DJ, CUT IT Out MAN’) really put the album into gear, and prepare you for an awesome ride. It really sets the tone for the album, and his choice of melodies and chord progressions throughout the track signify to the audience that they are listening to a classy artist. One that does not jam the metronome up to 240bpm just to sound cool and make people’s heads spin off. I really like that about JKLOL’s style. He knows what works and when to work it, when to push the envelope and when to stay more reserved in his melodies, pacing and progression. I could either picture myself driving through a lively city at night to this track, or slicing it up on the dancefloor! Hell, I might just load this one into Crypt of the Necrodancer, and slice up some zombies with it, it’s THAT dynamic!

With track two (‘ConVIRT’) we can definitely see some Shovel Knight vibes in there. Starting with that familiar DMG startup sound, we are thrust into a fast paced adventure full of side scrolling, sword slashing goodness! Another fantastic track that takes us through its own ups and downs, and always reverts back to that beautiful square wave pizzicato melody just before our hero jumps back onto his horse and charges through the track.

By the time Track 3 (‘GLENN hates TIEs’) rolled around, I had to double check if we had moved onto the next track or not. Not to say it sounds the same as Track 2… but the tempo was so similar I thought we had moved onto another section of Track 2. This preconception disintegrates pretty quickly when we realize we have moved from the realm of the Shovel Knight into the realm of the Ninja Gaiden! As least: that’s what I get from this track. Even though it is about as short as the previous track (around the 2 minute mark), JKLOL once again appears to have complete control over his melodies, never letting the tracks get away from him, and always maintaining a driving pace that (combined with the previous 2 tracks) round off a stellar opening act for this album.

The only thing I really missed in these first 3 tracks was JKLOLs wonderful voice! After listening to him on 8-bit Crusades (particularly Origins), I had become quite attached to hearing that adorable Droid’s stories sung with such heart, that I kind of missed them here.

For the second act, we have the remixes and covers. These were of course the tracks which JKLOL had remixed by a handful of other talented artists, each bringing their own style and flavor to the table. I was glad to hear JKLOLs vocals come back in the Savant: Venom cover, otherwise there would have been a riot! Speaking of which: wow! What an awesome cover! I think I put this track on loop 50 times while at work, then I wanted to just go around and hug everybody! This Droid really makes the dark turn bright! It’s really great to hear JKLOLs style really shine for this track. Just goes to show how dynamic of a musician he is.

Out of all the remixes here, the standout tracks for me would have to be ‘Belmont’ (Vampire Killer Remix) which really set my heart racing at the 43 second mark (oh yes!). Both Graz’s and Rade Dobison Invasion’s remix of ‘Kill Humanity’, which offer two completely different flavors with one being an electro Drum and Bass approach and other being the good old Dub and Wub! And ‘Lonely Rolling Star’ (the re-remix), which for me acts as the bittersweet end credits sequence of the album. Bitter because I don’t want the album to be over, and sweet because I feel I have just finished an awesome journey.

I also really enjoyed the ever changing and evolving beats in ‘Back to Earth’ (Oddboy18 Remix), the clean sound and crisp arpeggiated rhythms of ‘The Orcale’ (Twelth Chromatic) and the cute and bouncy feel of the energetic yet very short track ‘Thank You Universe’ (Steven Universe). The weakest track in the album for me would have to be ‘Famitracker Grazbwoy’ (Famicom Soundbwoy Remix). While I really love the driving bassline in this track and the chorus, I felt that this track never actually developed to its full potential. Instead, it appeared to only cycle through slight variations of the core melody, which; for a game soundtrack or background music would totally fit, but I feel this track is appropriately placed in the album to give people a bit of a chill zone before kicking back off with the Savant: Venom cover.

Overall, ‘Awestruck’ is a solid album, in more ways than one. Not only are each of the individual tracks unique enough in their own right to potentially become a favorite for a good variety of listeners (depending on their tastes), but the two act format really gives this album heart. The homage to those who helped JKLOL get to where he is today, followed by the teamwork collaborations from so many talented artists breathes life into this release. If I had but one wish for this album, it would be it gets the listener base and exposure it deserves, because after having done this review, I can safely say JKLOL has found a dedicated fan in me!

To get a copy of this album you can download it from Bandcamp: JKLOL – Awestruck (Bandcamp)
Even though the album is free, I strongly encourage people to pitch at least a few bucks to support this amazing artist! 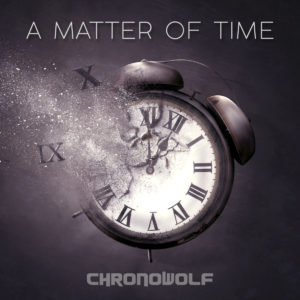